It’s the first Friday of fall, if not officially, at least in terms of the sporting and academic calendar. The excitement for the first week or so of classes has dissipated only to be replaces by the first sustained taste of cooler weather, the start of the NFL season, and opening wave of fall book and album releases.

At the same time, I’m warily watching the weather radar as Irma plows toward Florida and my parents. My hope is that they’ll avoid the worst of it, but the storm has already been a nightmare for Caribbean communities and looks poised to do much more damage before its done. Good luck, Florida and please stay safe! 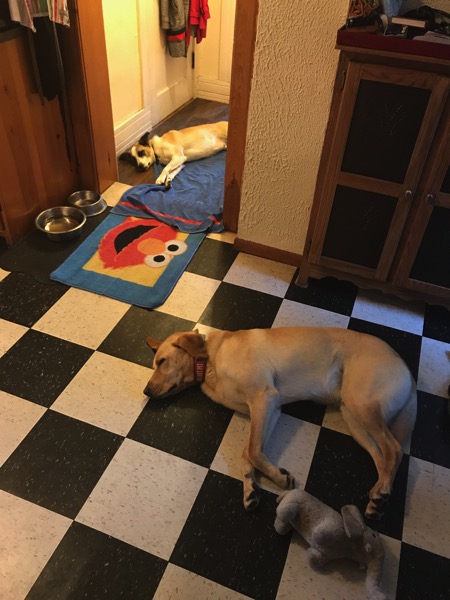 Apparently, our dogs have it good.