It feels like I have a ton going on right now (although I’m sure it’s not nearly as much as other people do on a daily basis!). I’m finishing a paper that I’m scheduled to give in a couple of weeks in the UK (coronavirus permitting), I’m working on a chapter for my book, and I’m getting a couple of books and a journal issue off the ground. As a result, I’m more scattered than usual. So here’s a little sampling of the things occupying my brain.

I’ve been meaning to write a long blog post on the recent Journal of Field Archaeology supplement on big data in archaeology. To cut to the chase: I really like it. It balances the potential of big data with some very incisive and thoughtful critiques. Jeremy Huggett’s piece continues his long standing project of a critical digital archaeology, for example, and urges archaeologists to pay more attention to the underlying structures that shape digital data. In particular, he suggests that archaeologists be more explicit in how they clean, integrate, and organize datasets from various sources. Mark McCoy’s critique of the site as an organizing concept in the effort to integrate and analyze big data at the regional or transregional scale connects how archaeologists interpret big data to one of the most basic debates in field archaeology: the definition of the site. Neha Gupta ,Sue Blair, and Ramona Nicholas discuss the rules governing big data in Canada and how these rules create challenges for indigenous communities when they seek to use, create, and control the flow of sensitive or culturally relevant data. They emphasize the role of crown copyrights in limiting access and use of data in ways that do not always work to the advantage of indigenous groups. Morag Kersel and Chad Hill demonstrate how drone imagery and the careful curation of data can link archaeologists with cultural institutions to mitigate and document illegal digging in Jordan. There are other articles, most of which I really liked, but one more deserves a little additional attention. Allison Mickel’s piece explores the relationship between big data and communities using case studies from Turkey and Jordan. The disconnect between the two and local knowledge and big data knowledge is striking in her case studies and her work – here and elsewhere – is a great reminder of the limits to our data driven world.

I’ve started to read a bit about photography and archaeology. I think I had been keeping this topic at arms length because it seemed both theoretically daunting and massively complex. Yesterday, I got drawn into Lesley McFadyen and Dan Hicks’ edited volume, Archaeology and Photography: Time, Objectivity, and Archive (Bloomsbury 2020) which sucked me in through Dan Hicks’ thoughtful and compelling discussion of time and photography in archaeology. First, he critiques Representational Archaeology which understands archaeologists as assembling persistent fragments of the past into compelling archaeological arguments and proposes a visual archaeology which emphasizes archaeology as a “complex of transformation.” Instead of archaeology assembling or revealing or producing the past, a visual archaeology recognizes the role of the archaeologist and technology in making the past visible. He’s quick to stress that this doesn’t mean making the occluded or hidden visible, but rather creating a distinct vision of the past produced through our discipline’s methods and techniques.

One of the things that I’ve worked on refining recently is the ability to apologize. As the fourth issue of North Dakota Quarterly goes into production this week, I am once again left with things that have slipped through the cracks or just aren’t quite right. I’m bummed that the issue and the process of production won’t be perfect. Many people won’t even notice the imperfections or little problems that linger. I’m not a perfectionist as any reader of this blog undoubtedly knows, but I find that my desire for the really good is much higher when I’m dealing with other people’s work.

Just a few quick photos today instead of anything more substantial.

First, you know the device that you’re using is high tech when it features a MONORAIL on its start-up screen:

It’s important for Argie to have Eli and both the bones: 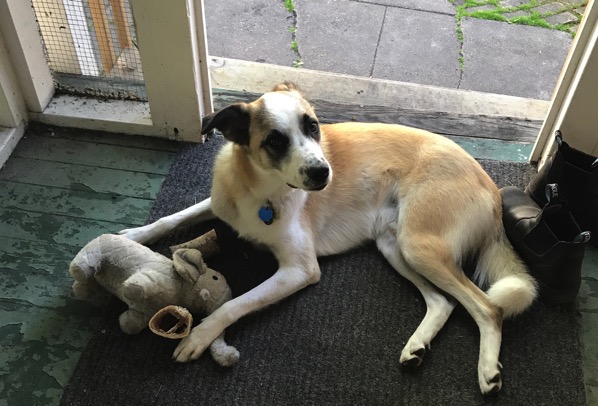 And it’s important for Milo not to care:

Have a great weekend!

Some photos from my first couple of weeks in the Argolid.

The first photo is taken by Dimitri Nakassis using his fancy Canon EOS 5DS with a 50 mm Zeiss lens. This is me in my natural environment: 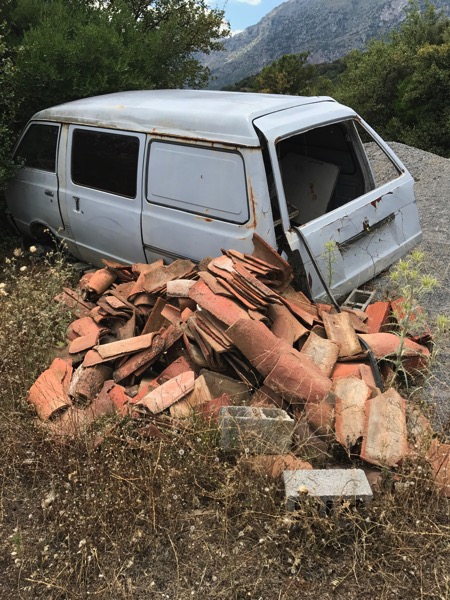 When your irrigation pipe leaks and you have sheeps to water: 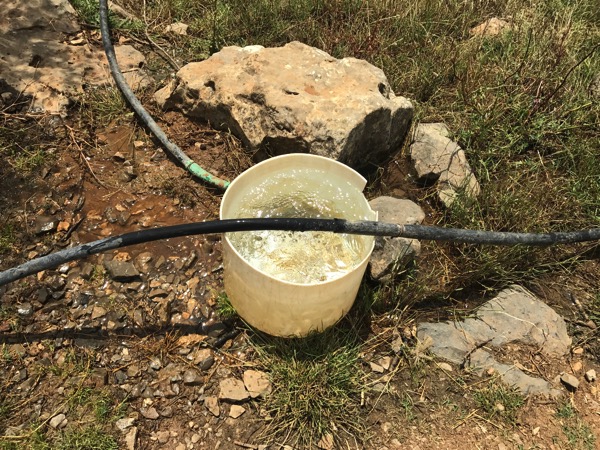 Sheeps and sheeplets in the Western Argolid:

A long and winding road: 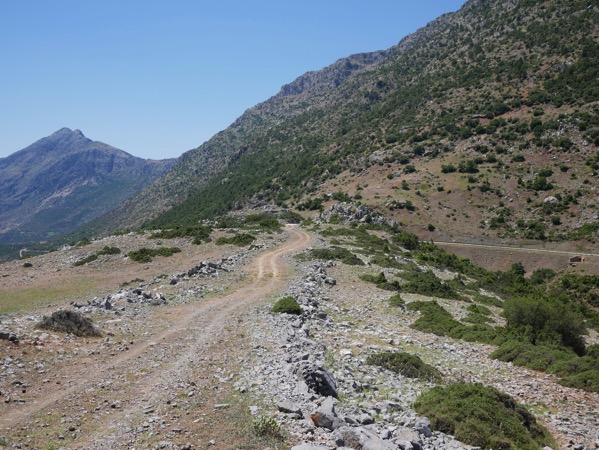 And as a bonus (they couldn’t stop barking at EVERYTHING, so now they’re practicing being bored):

The sites are pretty rugged, but the views provide amazing perspectives on rugged countryside of the northeastern Peloponnesus. 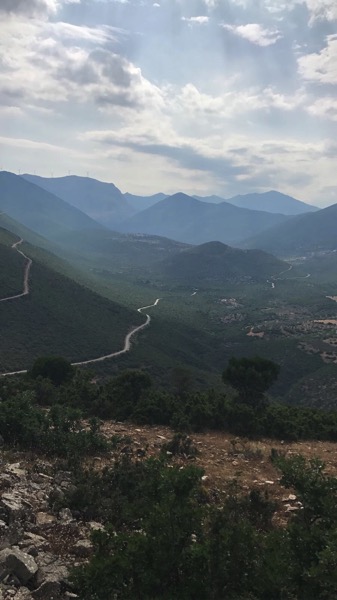 I’ve been coding photographs from the August 2012 field season of the North Dakota Man Camp Project and found these three photos with the file name “Bad_Choices.”

That kind of made my day: 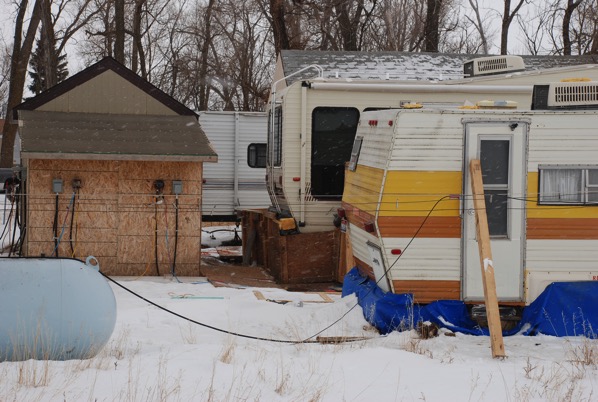 After reading Y. Hamilakis’s and F. Ifantidis’s Camera Kalaureia (2016), I got to thinking how I could be a bit more vivid and dynamic with the photographs that I use to document, illustrate, and analyze my work. This is particularly significant for our work in the Bakken oil patch where we relied heavily on photographic documentation. As I note in my brief notes on Camera Kalaureia, the photographs in that volume move the viewers eye and invite close inspection. They are remarkably vivid.

While I certainly don’t have the “camera skillz” necessary to take these kinds of photographs consistently and tend to resort to a kind of documentary mode of photography, I began to play with using triptychs to demonstrate ranges of behavior or exempla of a particular phenomenon. The use of three images juxtaposes similar phenomena in a more engaging way and asks the viewer to consider the

Here are two that I’ve prepared for an article that we’re revising for a Journal of Contemporary Archaeology forum.

This image shows different types of architectural elaboration at a Bakken RV park ranging from a well manicured lawn and fenced yard to the a construction of a shell surrounding a small RV.

This images captures various stages of abandonment in workforce housing sites in the Bakken. I think it’s fairly self-explanatory, but the last image to the right shows stuff left behind by squatters.

The book uses photography as a way to explore the relationships between the past and the present at the site of Kalaureia on Poros. By consciously recognizing photography as an act and the viewing of the photograph as part of that action, the authors embrace the potential of the photograph as a mediator between the viewer, the photographer, and the objects associated both with photography and the history of the site. In their hands, the modern history of the site – including its carefully planted olive trees, the scarred pine trees from resin collection, the traces of modern tiles and mud brick, and the inscribed graffiti of the landowners – fights for attention with the ancient history of the site and long-robbed out temple of Poseidon. More poignantly, the photographs trace the barriers that define the site – a locked gate, a guard shack, and the red-and-white tape and ropes that cordon off the archaeologists’ trenches –  and their intersection with the movement of visitors, workmen, and archaeologists across the site.

The photographs are not what we might imagine as conventional “documentary photographs” framed by a kind of “objective” style that focuses the viewer on a point, a person, or an object. Instead the photographs in this book actively drag the viewers eye across panoramas, in and out of focus, and into photos that lack enough contrast to distinguish easily between foreground an background. In fact, some of the most compelling photographs display a relentlessness of focus that prevents the eye from settling comfortably on a point in the photograph. The absence of any place for the eye to rest compels us, first, to become aware of the photographer and the camera, and, then, to probe the photograph for some object, individual, or meaning.

The book is worth a careful exploration and this is made more appealing because it’s a free download! Check out their photoblog as well.

This week we had a chance to check out some nice early-20th-century seasonal houses in the Western Argolid.

I got a little bit of artificial tilt-shiftiness in the image probably because of the haziness of the ridges in the background and my playing a bit with aperture settings. 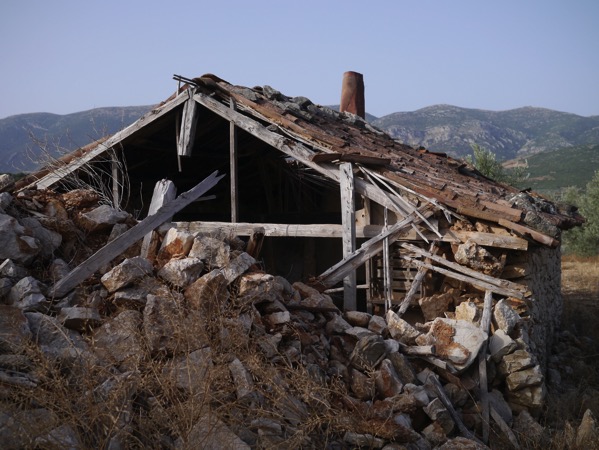 A nice example of a heavy layer of mud-mortar used along the top of the wall.

And a really nice example of the layering of tiles, mud, and reeds to form a water tight seal for the roof:

A Balkan-style long house where half of the house is set aside for animals (and in this case milking and cheese making) and other half for living space.

A well-built, mud-brick dividing wall between the living quarters and the area for animals:

And some mappers, team leaders, and field walkers in the landscape: 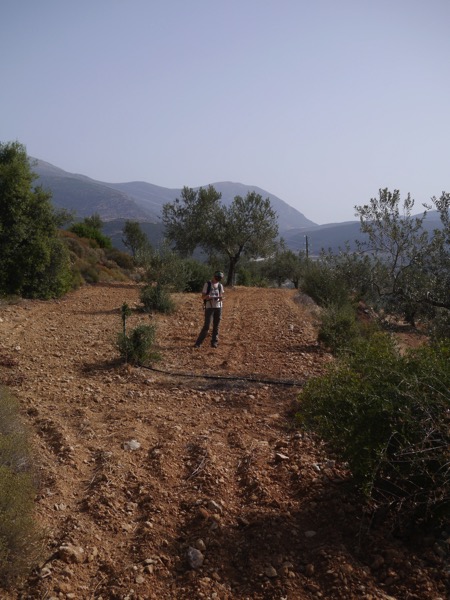 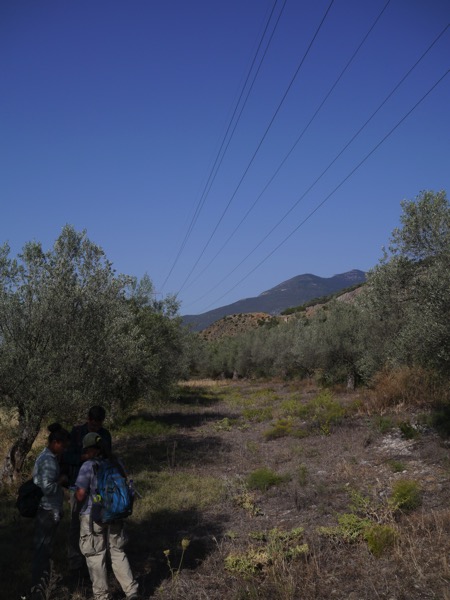 And this for MAXIMUM GREEKNESS: 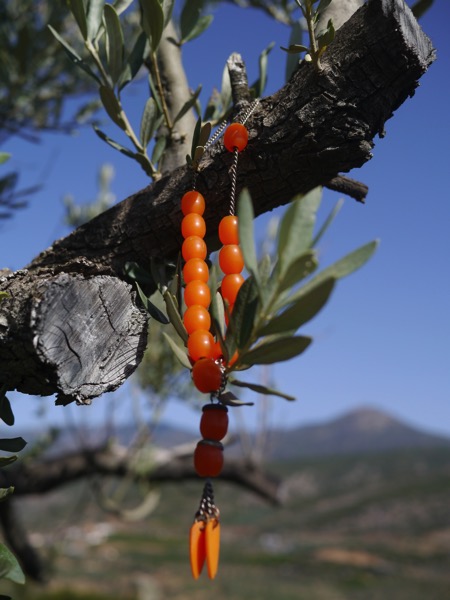 Another week in the landscape of the Western Argolid brought another little assemblage. This time we discovered four or five olive sieves in a group. An olive sieve removes leaves and twigs from the olives making it easier to prepare the olives for pressing or curing. 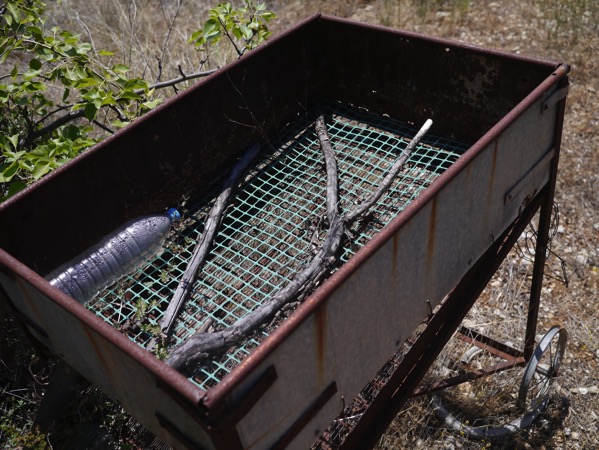 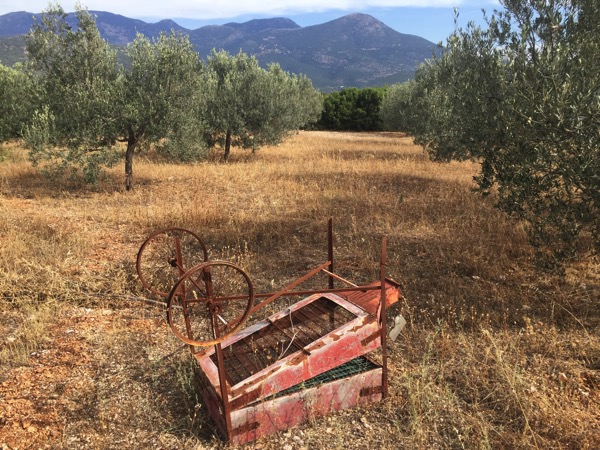 We also checked out a few small houses that dot the olive groves. Most of them look pretty recent in date, but they have collapsed roofs and tile scatters. 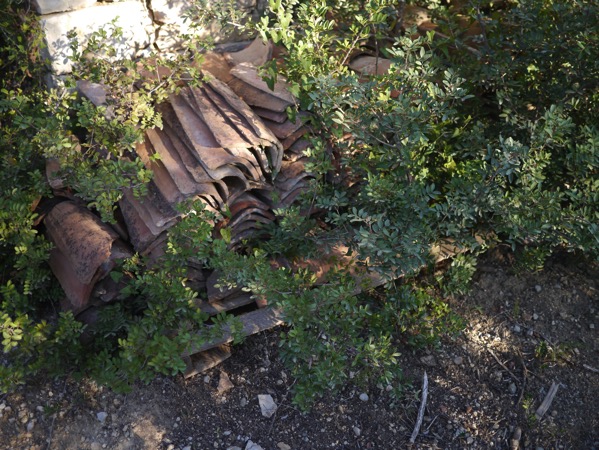 And, of course, landscapes: