In some ways, I’ve found the recent discussions of pseudoarchaeology energizing and thought provoking (and as I explain in this twitter thread, my development as an archaeology and a pseudoarchaeology have very much occurred in interrelated ways).

Next week, I’ll present some of my recent work in the village of Polis, where we work on the site of Late Roman and Byzantine Arsinoe. The talk is at 7:30 PM EEST (or 10:30 AM in CST). You can register for the talk via zoom here.

Here’s the abstract and some media. I’ll post a version of my paper next week and apparently it’ll be recorded. Here are some thoughts about my talk.

Starting in 1984, the Princeton Cyprus Expedition excavated areas around the village of Polis-tis-Chrysochous in northwestern Cyprus. These excavations revealed a wide range of buildings and contexts dating from the Late Antique period including two Early Christian basilica style churches surrounded by various buildings that appear to stretch along the northern edge of the city. At some point in Late Antiquity, most of this area appears to have become a massive cemetery, presumably centered on the two churches. Recent research has revealed that the buildings along the northern edge of the city underwent continuous renovation and reconfiguration even as burials encroached. 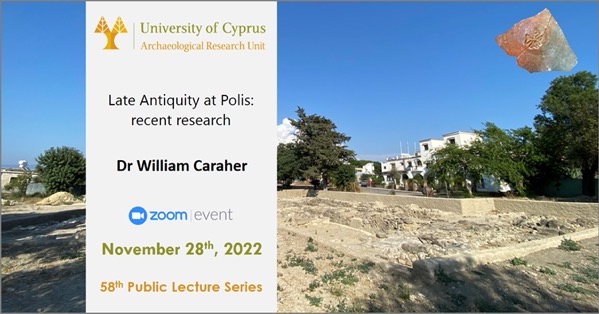 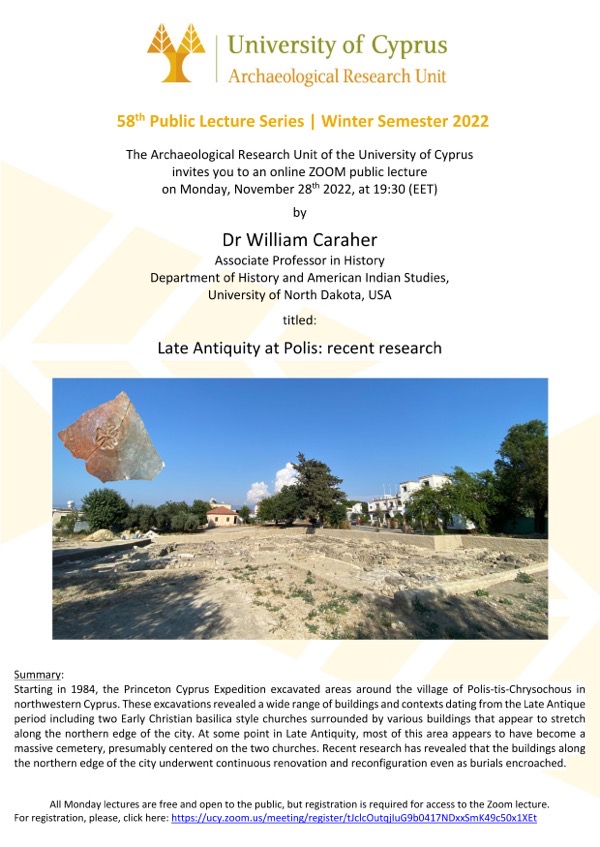