This semester feels very odd to me. Not only did I start the semester a bit more tired than I expected to be, but I also didn’t have a clear set of goals and deadline ahead of me. After I submitted my revised book manuscript at the end of August, my fall semester seemed oddly under scheduled. It’s taken me a while to recognize that this is probably a good thing and more of a feature than a bug at this point in my career.

This sense of being under-committed this fall has given me the space to work on a number of other projects in a less frantic way than I have in the past and today’s Three Things Thursday is about that.

Earlier this week, I posted about my work with the Isthmia data and my effort to corral and clean up various datasets produced by the Isthmia excavations over the past 50 odd years. My primary goal has been to work on Roman and Post-Roman material from the excavation and to focus particularly on Byzantine and Roman pottery. Earlier in the week I finished recoding the inventoried Roman and the Byzantine pottery so that it can be integrated with the stratigraphic data and context material from the site.

Then I moved on the the lamps from the site, figuring that most of the lamps found in the Ohio State and Michigan State excavations at Isthmia were Roman and later. Fortunately, Birgitta Wohl has just published a volume analyzing the lamps from these excavations, but her substantial catalogue identifies the lamps according to the inventory number and the area where they were found, but not their stratigraphic context or even trench. This is annoying, but perhaps not too unusual.

More vexing is that I don’t have a table that includes all the lamps in Wohl’s catalogue. Instead, I have a partial table that I excavated from an Access database whose creator and purpose is unknown and I’ve spent about four or five hours now transforming Birgitta’s catalogue into data. This, of course, is both absurd and a completely normal part of archaeology as early-20th century practices and late-20th century digital tools continue to find opportunities for incompatibility.

This summer, I spent a good bit of time fretting about the number of projects I had wending their way through The Digital Press at the University of North Dakota. In particular, I was worried about a collaboration that I had hatched with our sister project, North Dakota Quarterly. This project involved the publication of a translation of Jurij Koch’s novella, The Cherry Tree, which would be the second book in our emerging NDQ supplement series. 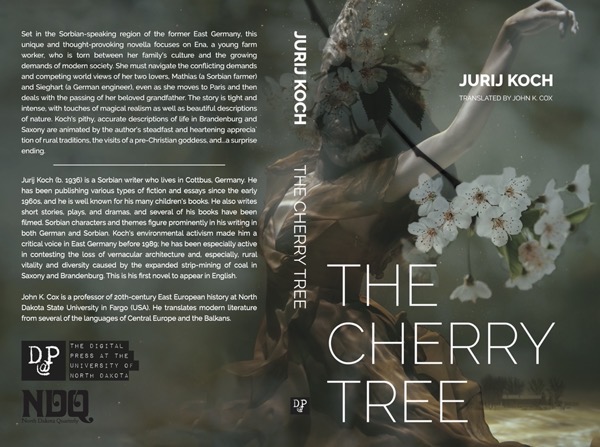 Our current plan is to release this title on October 11th. In fact, we don’t even have a landin page for the book yet, but the translator convinced us to accelerate the timeline so he could take some copies with him to Croatia next week. Because my fall is under scheduled, we were able to make this happen and while the book has not officially dropped yet, you can, if you know where to look, find a copy from a major online retailer.

Finally, I continue to think about whether being under scheduled is a privilege or something that university faculty should aspire to, and this has started to impact how I teach. In some ways, the current “syllabus as contract” driven environment creates an expectation that the schedule on the syllabus represents an accurate summary of student work during a semester. Because faculty (and students) recognize that under representing the quantity of material creates problems with student expectations, we tend to over represent the amount of material (or at least represent the maximum amount of material) that we hope to cover in a semester. This tends to compound a sense among students (and even among faculty) of being over extended or scheduled “to the max.”

This doesn’t feel very healthy to me.