For the last few years, the end of the fall semester has become Epoiesen season! Depending on my late semester rhythms, I’ve occupied myself with laying out and tweaking the design of the annual paginated version of the journal for creative engagement in history and archaeology.

This year’s Epoiesen annual will be the third volume in the collaboration between Epoiesen and The Digital Press at the University of North Dakota, and by my reckoning, it is the intellectually strongest yet (and that’s not just because I wrote for it!).

It will also the the longest, despite my decision to do a little redesign to clean up the appearance a bit. I switched the font from Tisa, which I still really like, to Miller Text and dropped the font size from 11 to 10 point. This is just minor stuff, though.

The bigger change came in a redesign of the cover page for each article. I got rid of the lines and grid that I used in the first two volumes (and that you can see here) and opted for a cleaner design. 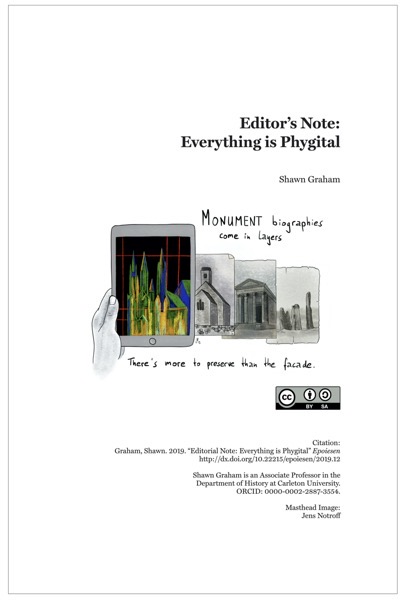 I think it looks better.

One of the really interesting challenges that I have to face when laying out Epoiesen is accommodating the freedom inherent in the internet page within the standard text block of the printed page. For certain articles in this issue, like Rachel Opitz response to Dawson and Reilly’s “Messy Assemblages, Residuality, and Recursion within a Phygital Nexus.” Her text, designed to imitate the fluid ordering of an assemblage, worked well on the digital screen, but not as well on the page.  I adapted it. 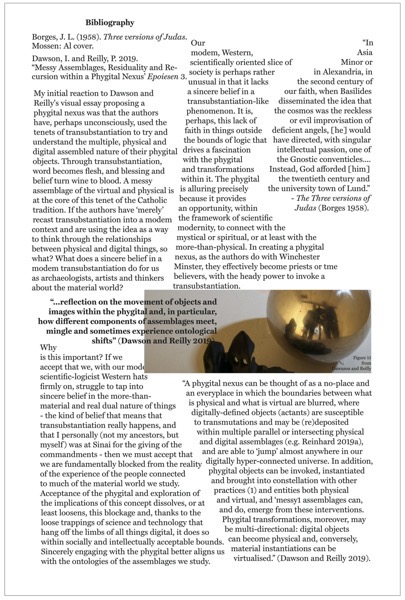 The cover, as it has the last few years, almost steals the show. We’re lucky to have a really cool graphic essay from Jens Notroff.

The plan is for this to drop sometime around mid-January. Stay tuned!