One of the downsides of looking at notebooks, pot sherds, and databases all day is that sometimes you forget to look around. Last week we cruised around the Chrysochou Valley a bit to check out some of villages that stand along its east side.

From Pelethousa, we got a nice view of the Limni mines and Chrysochou Bay in the distance. We also visited the church at Chorteini.

The church is likely Medieval (or even Byzantine) with its cross-in-square plan. The presence of a ruined aisle along its north side suggests that at some point it may have had a more basilican plan. Tiles building into the wall of the north aisle are almost certainly Late Roman or Early Byzantine in date which doesn’t do much for understanding the date of the church, but suggests that there likely was a Late Roman settlement in the area. Recent survey results, I think, confirm this.

We also visited the Panayia Chryseleousa in the village of Lysos. This church is probably later than the church at Chorteni (with some very late additions).  My photo is overly dramatic, but the sun behind the dome seemed like a good idea at the time. 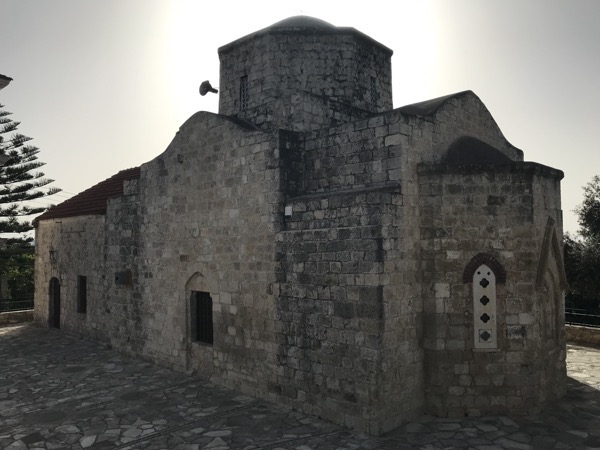 The heraldic crests of various branches of the Lusignan family and the various Gothic touches give the church a distinctly Late Medieval Cypriot vibe. 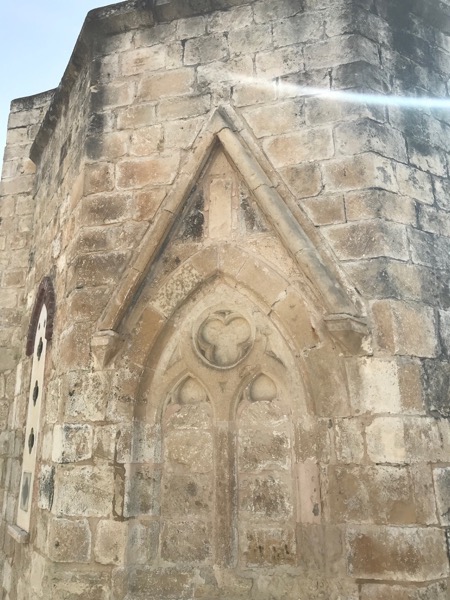 We have a ways to go before we understand the settlement history and landscape of the Chysochou Valley in the Roman, Late Roman, and post-Roman period. Moreover, the landscape is deceptively complex with the hill countryside east of Polis (ancient Arsinoe) is made of abrupt hills, rolling rises, and variations in landforms, resources, and access. Sorting this all out to understand the larger context for the city of Polis will be a challenge, but one with appealing views and intriguing vistas.