Yesterday I received an offprint of an article from the Palestinian Exploration Quarterly authored by my colleague Michael Brown. Michael Brown worked with the Pyla-Koutsopetria Archaeological Project from 2006-2010 (or thereabout) as a collaboration between our project and his dissertation research. This collaboration culminated with his excavating a number of trenches at the fortified Late Bronze Age sit of Pyla-Kokkinokremos in 2007 and 2008 with teams from our project as well as contributing to our intensive survey of the site, working with us to do electrical resistivity at Pyla-Vigla and Pyla-Koutsopetria, and helping us process the artifacts from our excavations and survey. Working with Michael wasn’t always easy (mostly because we had no idea really how to collaborate and directing our first excavation in 9 trenches, at 3 sites extending over a kilometer apart was stressful), but we learned a tremendous about from him and will always appreciate his patient collegiality. (Plus, he’s a first rate story teller!).

As you should be able to tell in this article, the Pyla-Kokkinokremos excavations were remarkably successful for a series of small exposures and they contribute useful, new knowledge about this important Bronze Age site even though it has been subject to two major excavation campaigns subsequent to Michael Brown’s work. The success of his work at the site wasn’t, however, without its challenges and while I am not particularly qualified to discuss the significance of this site in its Late Bronze Age context, the story surrounding this publication was pretty edifying for me and my team.

As I’ve already noted, we had to learn to work with a colleague from a rather different tradition of archaeological work, and that was interesting (and at times frustrating). We also had to navigate a much more complex political landscape than we had anticipated. We had permission to excavate the site, we had a viable research question backed by both intensive survey and geophysical data, and we had an experienced workforce to conduct the excavation and analysis of the find. The excavations, more or less, went off without a hitch, but once we had begun to present the material from the site, things nevertheless got complicated. The most significant past work at the site had been done by a major figure in Cypriot archaeology who had strongly held (at the time), if idiosyncratic views of the history of the site. He argued that Pyla-Kokkinokremos was a settlement of Mycenaean refugees who had fled from the collapse of the Mycenaean palaces in Greece and settled in Cyprus. Whatever the plausibility of this argument and however much our work directly challenged it, the argument rested on a particular reading of the archaeological evidence at Kokkinokremos and Paleokastro-Maa. The result of this discontinuity between our work and previous scholarship led to us being discouraged from continuing our research and a few tense meetings between our project and various figures in the Department of Antiquities and the Cypriot archaeological establishment. It was all pretty stressful and since our main focus had been on the Hellenistic and Late Roman phases of work in the area, I think we were happy enough to put those days behind us. 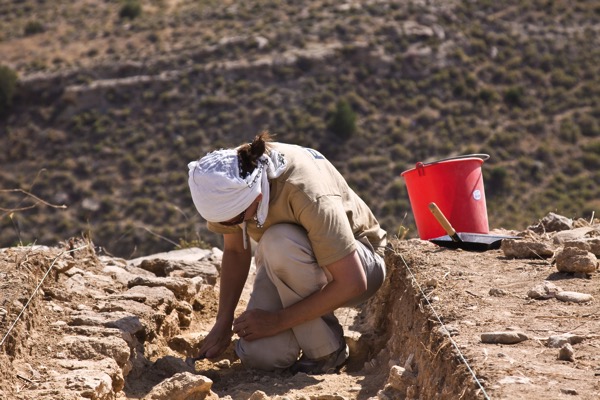 We did learn an important lesson – and one that we had understood from our work in the Corinthia where internecine struggles often rippled out from longstanding beefs at the American School of Classical Studies at Athens and across the pages of academic journals and monographs – that archaeology is political and personal. The problems that emerged from our work at Kokkinokremos had less to do with the archaeology itself and more to do with the personalities involved, the place of the site within certain master narrative of Cypriot history, and our own status on the island. In any event, bygones are bygones and it is remarkably gratifying to see this publication and for it to be the inaugural publication of the excavation phase of the Pyla-Koutsopetria Archaeological Project.

One drum that I’ll continue to beat is that when we conducted intensive pedestrian survey of the site of Kokkinokremos, it produced a distinct scatter of Roman and Late Roman material. These were not just random finds, but accounted for nearly 35% of all material from this site. Excavations have not produced any identifiable Roman period architecture or features (at least as far as we know), but that doesn’t make the ceramic signature go away. Moreover, Kokkinokremos is a plateau meaning that it is very difficult to imagine the Roman signature appearing at the site on account of erosional processes. Human actions brought Roman material period to Kokkinokremos.

To my mind, there are a handful of plausible explanations. First, it is possible that at some point in the past – probably in the modern period – farmers brought soil to the site to level it or to provide additional topsoil to a landscape susceptible to erosion. This soil may have contained Roman material that were then spread over the top of Kokkinokremos by the plough. A similar explanation could be the material was brought to the site in antiquity with manure (this is usually known as the “sherds and turds hypothesis”) used to fertilize gardens associated with the bustling Roman settlement on the plain below. Considering the absence of perennial source of water on the hill and the thin and sandy soil, it’s a bit hard to imagine that the Cypriot inhabitants of the Roman period saw it as well-suited for market gardens, but that doesn’t make it impossible.

The scatter of Roman material may also represent a long history of low intensity activity at the site perhaps associated with quarrying stones from the Late Bronze Age walls or perhaps short-term habitation at the site that left very little in the way of persistent material signatures. The presence of Late Roman cooking ware at Kokkinokremos as well as fine ware in well-known forms makes for a pretty compelling domestic assemblage and make me think that the site more likely saw habitation

What is intriguing about this scatter, of course, is that it has not been confirmed by excavation. When I’ve queried the current excavators about any post-Bronze Age material from the site, they have always told me that they haven’t come across any. In general, excavation has been seen as a way to confirm survey results and certainly a more reliable method for determining whether the absence of evidence is the evidence for absence. In this case, excavation has demonstrated that the presence of evidence may not be evidence for presence at the site, or, at least, the kind of persistent presence that excavation does well at documenting.