The post-Punk Archaeology months have been relentlessly busy here at The Digital Press at the University of North Dakota, but now things have advanced enough to communicate an unofficial update on various projects.

We now have a full group of contributors to the Bakken Goes Boom book project and have prepared the book to send out for peer review. The line-up might change a bit here and there, but this what the table of contents looks like right now.

Booms, Busts, and the Bakken
K. Conway and W. Caraher

The Paradox of Plenty: Blessings and Curses in the Oil Patch
Karin L. Becker

Covering the Boomtown: How Mediated Communication Has Shaped Life in the Bakken Oil Region
Angela Cary

Notes from the Global Hinterlands: What It Feels Like to Be Global In North Dakota
Kyle Conway

I am also putting the final touches on the layout of the 3D Thursday book which we’re calling Visions of Substance. This was delayed as the press reorganized its staffing, but the book will appear and soon. What’s prompted this is tips from quite a few colleagues letting me know that articles from the blog are appearing in bibliographies. In the interest in creating a more archival and persistent citation for our contributors. So, progress is slow but steady and hopefully by the holidays, we’ll have a completed manuscript.

We’ve started looking at some cover designs as well. These are both just concepts, but I like the second option much more. 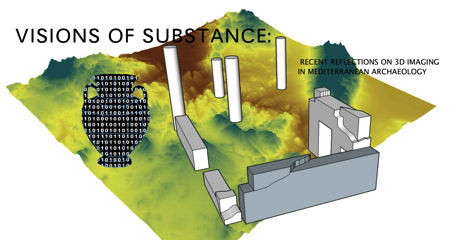