It’s been seven years since I’ve been Thessaloniki. For a Byzantinist, and one interested in ecclesiastical architecture, this is a problem. It was also a problem that my wife had not been to Thessaloniki ever. So this past week, we made our way to Thessaloniki for a couple of days of site-seeing at a vacation pace. (Here are some photos from my last visit.) 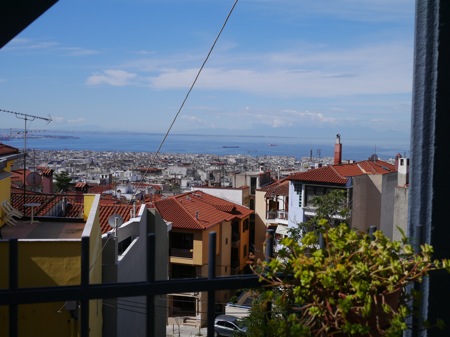 While some of my friends are doing the movement’s work by documenting 19th century mountain villages (.pdf), Susie and I were nourishing our urban spirituality by traipsing around Thessaloniki getting pretty churches to pose seductively.

First, Ay. Sophia. When you think of inscriptions in mosaic on the dome of an 8th century Byzantine church you have to rock the KJV:

“Ye men of Galilee, why stand ye gazing up into heaven? this same Jesus, which is taken up from you into heaven, shall so come in like manner as ye have seen him go into heaven.” 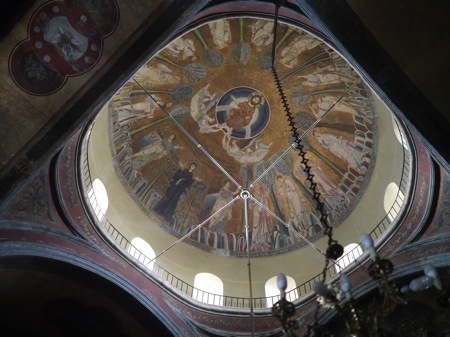 It’s hard to get a day going without a basilica. The Acheiropoietos church, probably late-5th or early 6th century: 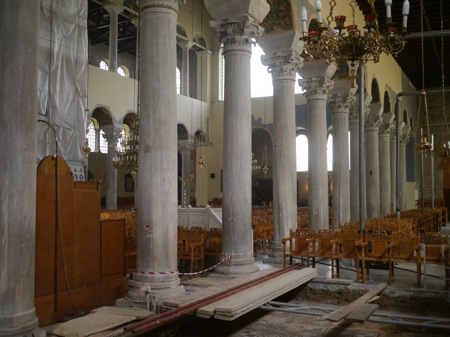 Domes on cylinders on cubes at the 14th century church of Profitis Elias: 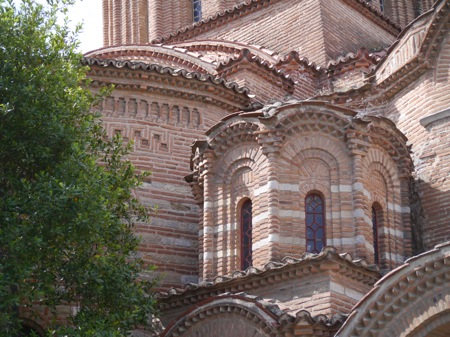 Our host at Ay. Dimitrios, with all his pre-iconoclastic serenity:

Some mosaics from the Rotunda of St. George:

Tombstone from the once vibrant Jewish community in the city appear in the stone piles around the Rotunda to remind us of the city’s difficult and tragic past: 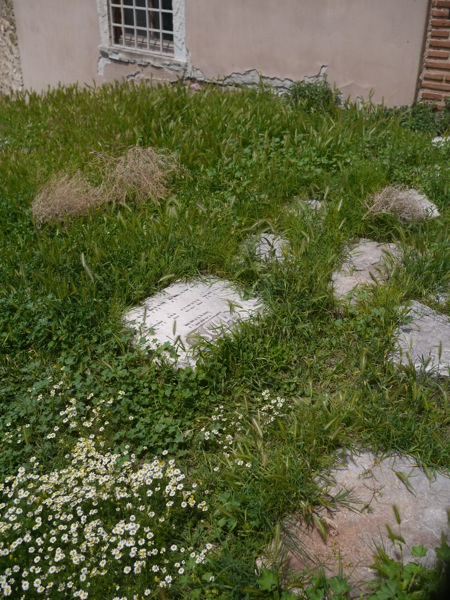 Some art deco for Richard Rothaus (and an example of some of the remarkable street art in Thessaloniki): 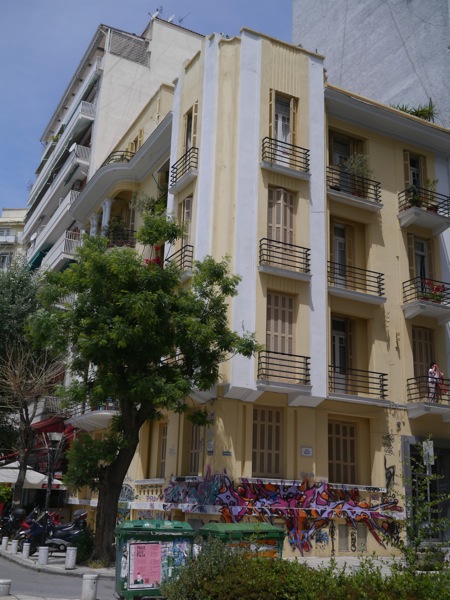 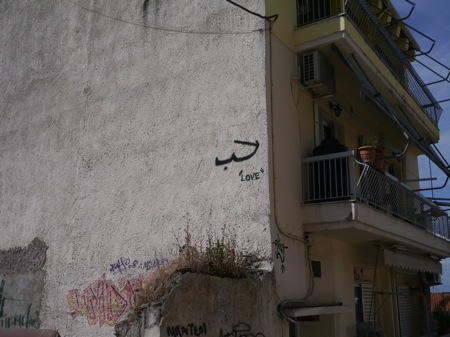 Finally, one of my favorite monuments, the church of Ay. Apostoloi:

We departed the city having – for the moment at least – our fill of urban bustle and retired to more idyllic environs… More soon!

(For the hard working guys over carrying on my research at the Pyla-Koutsopetria Archaeological Project and the Polis-Chrysochous Medieval Project, go and read Scott Moore’s amusing and delightful blog. He and Brandon Olson are working to look over once more the material from the South Basilica at Polis in support of manuscript that Scott, Amy Papalexandrou, and I have prepared for submission this fall. They then head over to Larnaka to spend some quality time with the big Hellenistic deposit from that site that is poised to provide a significant contribution to our understanding of Hellenistic ceramic assemblages from the island. )