Several members of the Working Group in Digital and New Media have been discussing glitch art. Some of this was inspired by Mark Amerika‘s glitched contribution to the Arts and Culture gallery show titled “The Eastern Shore of Maryland”. The term glitch art refers to digital images that are manipulated by deleting lines of code or through sometimes random processes of data and file corruption.

In a few brief conversations I became interested in the performative aspect of glitching art as much as the results. So on a grey Saturday, I started glitching some of the images that I prepared for the final publication of our survey at Pyla-Koutsopetria. The first step was converting the .tif files to .jpg files. Jpegs appear to be more susceptible to glitching and less likely to fail. Once the file is in .jpg format, it it possible to open it up in NotePad or TextEdit to and manipulate the code. 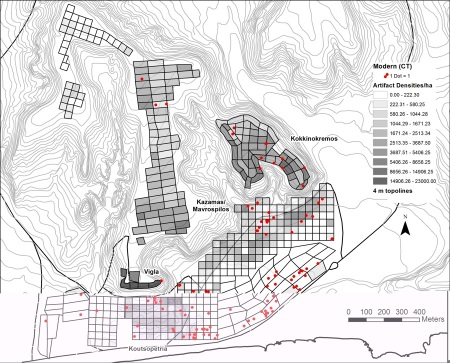 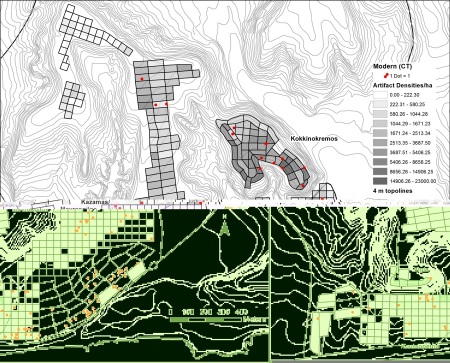 These images are randomly glitched. I have no idea what code I took out and could not replicate this. Each image is effectively unique. Some attempts to produce this kind of glitched image resulted in the file being too seriously corrupted, and it could not be opened.

A more systematic effort at glitching involved cutting parts of the code and replacing them. The advantages of this is that its replicable. By swapping out the effectively random letters (to me) that made up the code for the image, I began to think a bit more about how to introduce to the images something less random. In other words, to make the language of the image intersect with the more easily understood forms of verbal communication.

For this image I replaced the combination “SM”, the initials of Scott Moore, our ceramicist, with my initials BC:

For this image, I replaced “DP”, for our co-director David Pettegrew, with “BC”:

Finally, I replaced the letter P with the acronym of our project “PKAP” (the Pyla-Koutsopetria Archaeological Project): 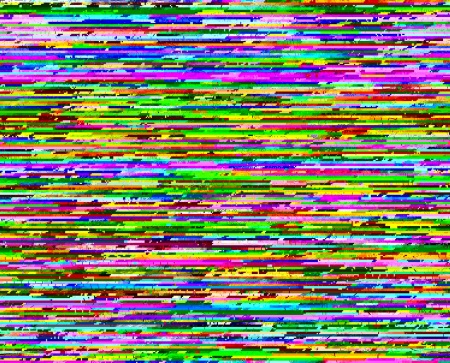 The idea of these last three images is to combine computer code and human codes to transform our computer mediate image of archaeological reality in unpredictable ways. The process is remarkably similar to analyzing the site via the GIS where we take the “natural” landscape and transform it into a series of symbols, lines, and text. By manipulating the code that produces these images in both random and patterned ways, we manipulate the meaning of the image and the way in which these images communicate information to the viewer. We problematize the process and manifestation of mediating between the experienced landscape and its representation as archaeological data.